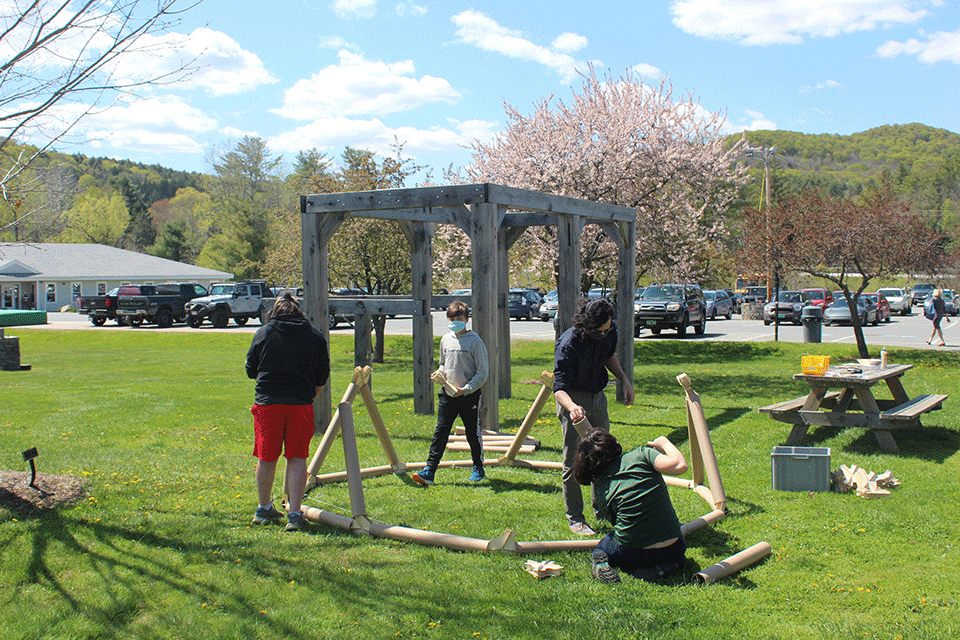 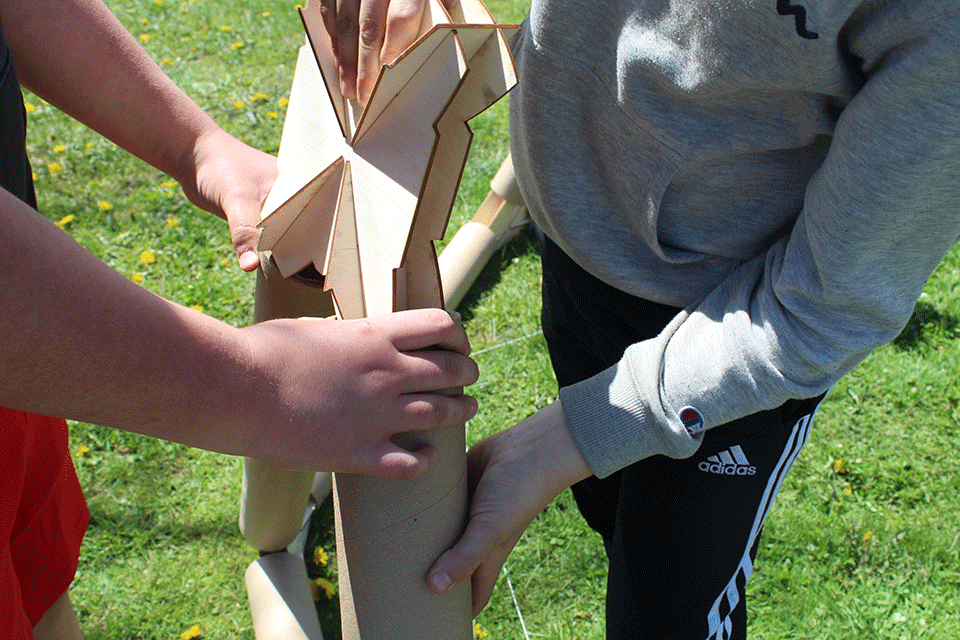 Collaboration between NuVuX and WUHSMS
Woodstock Union Highschool and Middleschool is the first public school partner in the NuVuX Network and serves seven communities in the Upper Valley of Vermont.

Even a global pandemic can’t stop student innovation. This spring, two students from our NuVuX partner, Woodstock Union High School, were vanguards of our first Virtual Semester Away program. From their homes in Woodstock, VT tenth-grade students Oliver S. and Harrison M. attended our full-time innovation school in Cambridge, MA, where they worked closely with NuVu coaches and students in Cambridge studios and developed their own unique projects.

During the Open Innovation session, a dedicated two week period where students further the development of projects from the trimester, Oliver was inspired to improve composting on the Woodstock campus. The impetus for Oliver’s project began during his lunch breaks in the cafeteria. He explained, “I noticed there wasn’t a composting bin there. I wondered why it was so inconvenient to compost food at school? I was thinking I could dive into this.” With the support and guidance of NuVu Cambridge Coach Maddie Johnson-Harwitz, Oliver researched composting and sustainable building materials, brainstormed composting device ideas, sketched concepts, and created digital renderings and physical prototypes to reach his final proposal. At the conclusion of the term, Oliver proposed a composting bin built from vinegar-based bioplastic material, which is a biodegradable alternative to traditional plastics. The integration of vinegar in the bioplastic creation process is a creative approach that would aim to reduce the food waste smells while repelling insects.
‍
Maddie acknowledges that working independently on a challenging design project is not easy. She celebrates his persistent effort to develop a solution to this problem, saying, “Oliver’s determination throughout was impressive… and his hard work clearly paid off!” In the fall, Oliver is looking forward to testing his design hypotheses about the utility of vinegar-based bioplastics in the Woodstock Union High School cafeteria, where his school community can all use it after lunch. 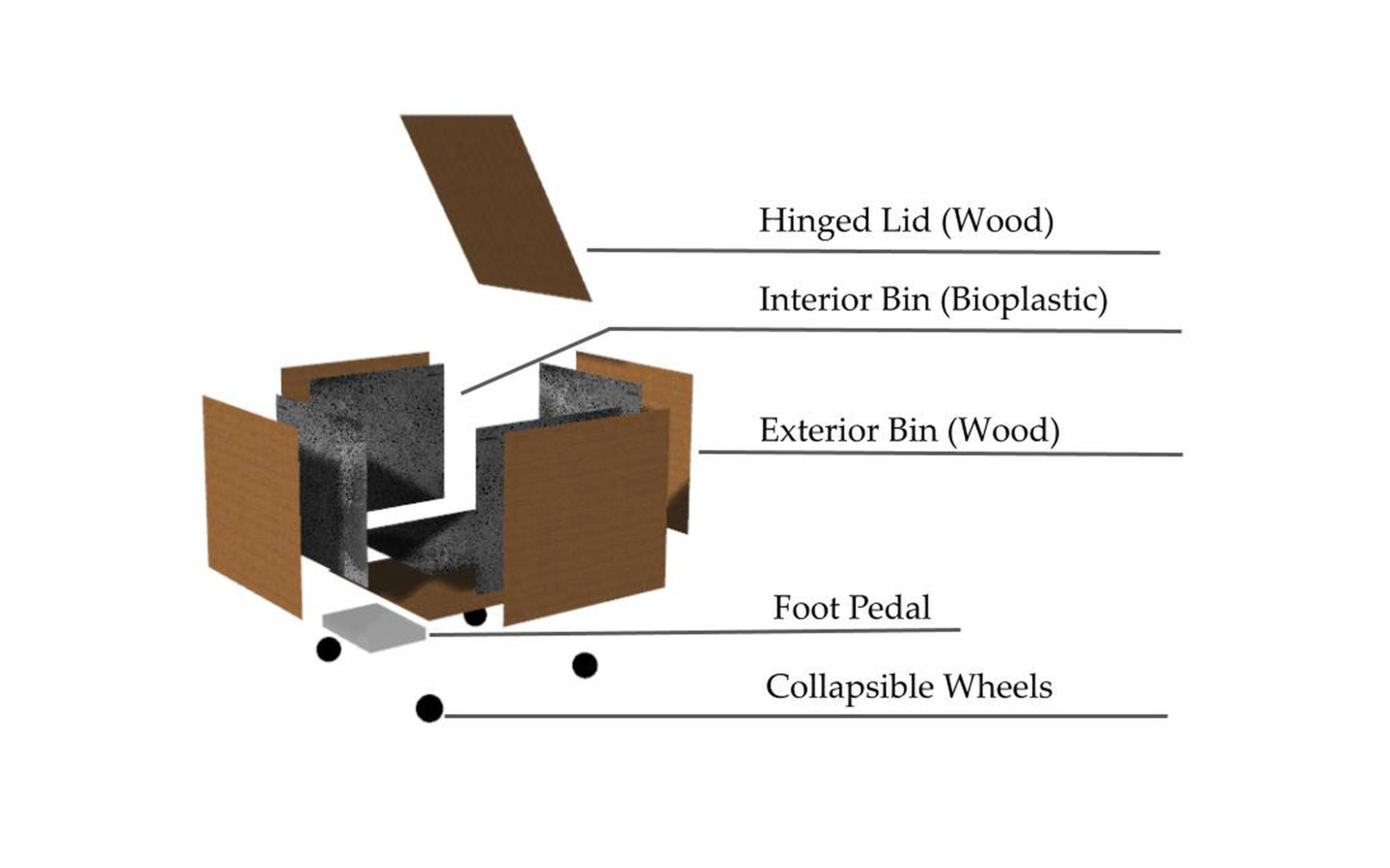 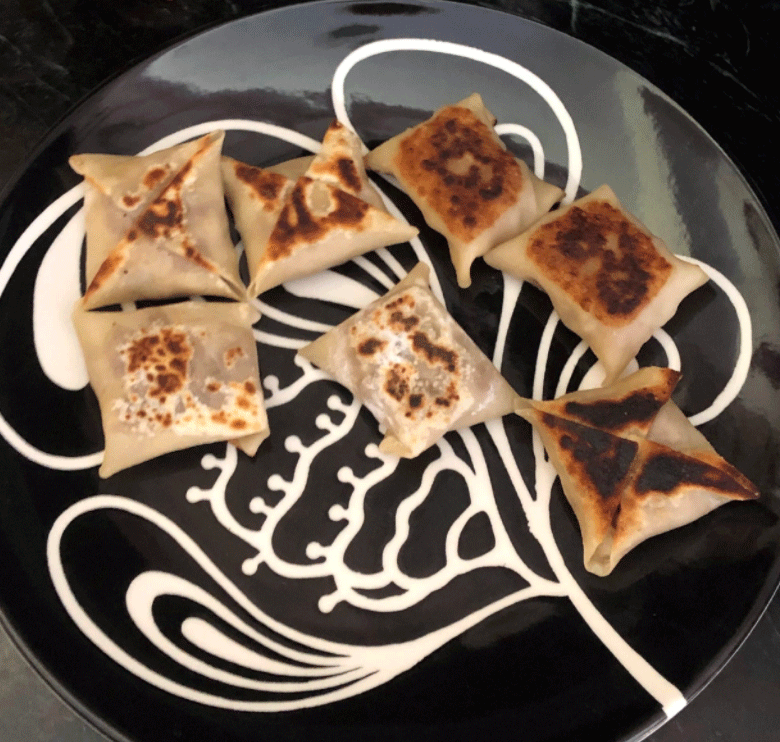 Conflict Cookbook: Japan + USA by Harrison M.
‍Harrison used food as a medium to explore and understand the culture and politics of conflicting nations.

Exchange student Harrison used his Open Innovation time to further a project originally conceptualized during the Conflict Cookbook studio, where students used food as a medium to explore and understand the culture and politics of conflicting nations. Harrison examined the relationship between Japan and the United States from the World War II era of the 1940s to present day. His research manifested in the creation of a three course meal infused with the history and culture of these countries. The first course was a cheeseburger gyoza. Typically filled with pork, this gyoza takes on a new fusion flavor with ground beef and cheese. The meal continued with the main course, Mac and Ramen, consisting  of a rich, cheesy sauce mixed into tender noodles and mushrooms, topped with garlic broth infused breadcrumbs. To top off the special culinary experience, Harrison presented the Brownie Mochi dessert, where the popular brownie takes on a new fluffy form with a soft mochi wrap.

Despite the challenges from the Pandemic year, the Virtual Semester Away program provided a unique opportunity for  NuVuX partner school students to experience what school is like in the Cambridge Innovation School studios. Cambridge students enroll in the studio learning model full-time. Due to the fully immersive nature of the Cambridge Studio programming, students often showcase rigorous projects built over a longer and consistent duration of time. For NuVuX partner school  students like Oliver and Harrison who have experienced NuVu as only one class in a day filled with other classes, the exposure to the full time student experience offers a fresh new perspective.